A troublesome condition in agriculture and turf maintenance is soil compaction. When soil becomes overly compacted, its capacity to retain air and water and facilitate their flow is diminished—the soil’s porosity and permeability are detrimentally lessened. Soil compaction thus deprives the root zone of adequate moisture and air, stunting root growth and consequently reducing crop yields. Lacking the capacity to absorb water, compacted soil can also harden to the point where future tilling and planting will require a lot more time and effort.

Cultivated silt loam typically consists of 50% soil particles, 30% water, and 20% air, with the air and water constantly changing. Because the solid particles and water are relatively uncompressible, compaction reduces the air pockets—the soil structure’s porosity and permeability—by reorienting the soil particles, thereby blocking the flow and retention of air and water in the soil.

The agent of soil compaction can be either mechanical or chemical—this article addresses the latter. An important distinction between the two is that soil compaction caused by chemical factors is seldom desirable and usually requires remediation, whereas mechanical soil compaction is often intentional and performed with heavy equipment for projects like building roads and structural foundations. 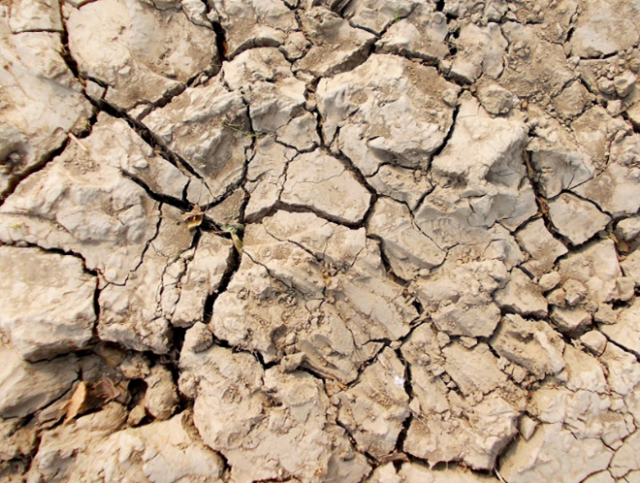 The most common cause of chemically induced soil compaction is an overabundance of water that is either too low or too high in salinity, that is, sodium content. The high levels of sodium in briny water displace the desirable calcium and magnesium ions in the soil structure, causing the soil structure to collapse and disperse.

The low-salinity water of frequent rains and snow melt has a similar effect, leaching away vital soluble minerals and salts at the surface, especially the calcium and magnesium that stabilize a soil’s structure. Lacking positively charged calcium cations, the soil structure collapses and the capacity for drainage lessens, which leads to crusting and eventually compaction.

In either case, whether the damage is caused by low- or high-salinity water, the soil particles require remediation to restore soil structure and efficient drainage as well as the flow of moisture and air to the root zone.

Soluble calcium has proved to be one of the best means of remediating compacted soil. As Table 1 indicates, among five common calcium compounds, calcium chloride provides the most efficacy, based on its solubility in water and the amount of calcium available in a saturated solution.

†These figures represent general ranges as the solubility in water of both limestone and gypsum varies significantly with variations in pH, salinity, and CO2 pressure.

TETRA Hi-Cal™ liquid calcium chloride is a clear solution that is 100% water-soluble and specifically formulated as a calcium supplement for agriculture and turf maintenance—it is designed to remediate compacted soil and restore its proper mineral balance. Because it’s a liquid, Hi-Cal sets to work immediately when applied to soil, its Ca2+ ions rapidly displacing the damaging sodium ions from the soil structure and root zone. Irrigation or rain water then carries away the sodium along with the chloride half of the Hi-Cal the plants do not absorb, leaving behind a minerally balanced soil with good drainage and flow of air and moisture to the root zone.

The best means of delivering Hi-Cal is by simply adding it to the irrigation water for even coverage, whether irrigation is done with a surface, drip, or sprinkler system. Hi-Cal may also be applied evenly during soil preparation, such as when tilling the soil before planting. The requisite dosage of Hi-Cal will vary from case to case, depending on the chemistry of the soil and irrigation water, but a typical application might entail:

Hi-Cal liquid calcium chloride is safe and effective for the cultivation of corn, cotton, melons, onions, peanuts, potatoes, wheat, and other common crops, as well as common grasses and landscape plants.

The Problem: Aluminum Toxicity in Soil

Another undesirable condition encountered in agriculture and turf maintenance is aluminum toxicity in soil. Abundant and comprising more than 8% of Earth’s crust by mass, aluminum is non-essential to plant growth and, where excessive and soluble, toxic to crops, plants, grasses, and trees. Aluminum toxicity stunts root growth, and a smaller root mass and length reduces the uptake of water and vital nutrients. In fact, key nutrients like sulfur and phosphorus will bond with soluble aluminum rather than be absorbed into the root structure.

Soil pH as a Function of Aluminum Toxicity

Soil pH—the measure of acidic/alkaline levels—is a major factor in gauging and controlling the amount of soluble aluminum in a soil. When a soil’s pH drops below 5.0, indicating overly acidic conditions, the availability of soluble aluminum ions increases dramatically, and that’s bad for plant health. Proper soil maintenance therefore includes ensuring the pH is kept to a neutral 6.0–7.0, so soluble aluminum ions are converted to chemically stable aluminum hydroxide, which functions as an antacid.

To rebalance pH and eliminate aluminum toxicity, farmers and horticulturalists often apply lime to the soil. A simple and relatively inexpensive treatment, lime is simply pulverized limestone and composed primarily of calcium oxide and calcium hydroxide. The drawback to using lime, however, particularly in large-scale applications, is its low solubility and gradual effect, taking up to three years (or longer) to neutralize soil pH.[1] 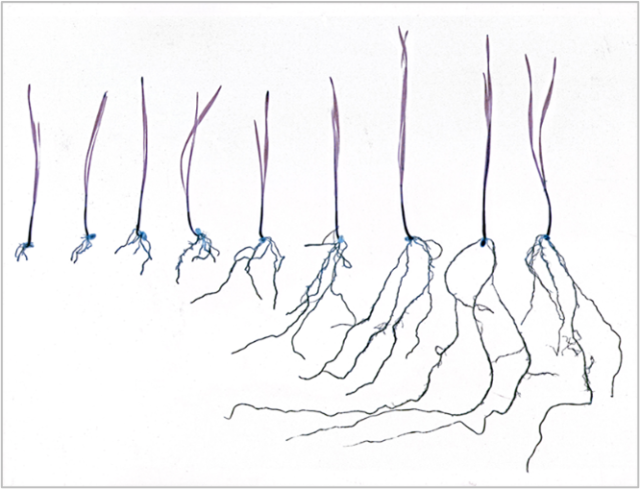 FIGURE 2. Aluminum toxicity of soil stunts root growth.
The leftmost wheat seedling was exposed to the highest level of aluminum.

A timely and cost-efficient means of accelerating the process of rebalancing soil pH is to apply, along with lime, a highly soluble calcium product like TETRA Hi-Cal™ liquid calcium chloride. Whereas lime has a low solubility, Hi-Cal is 100% soluble, so its effect is immediate and efficient. (See References for two studies on the use of calcium to alleviate aluminum toxicity in soil.)

When applied, the soluble Ca2+ ions of Hi-Cal rapidly flocculate the soil and improve drainage. This enables moisture to quickly penetrate deeper into the soil and displace the aluminum ions, which migrant to a greater depth away from the root zone. The use of lime alone, while necessary and beneficial to stabilize soil pH in the long run, does not produce this immediate effect.

Mindful that treatment regimens may vary according to pH level and the degree of aluminum toxicity, a typical application is 20 gallons per acre-inch of Hi-Cal conveyed either by broadcast spraying ahead of planting or with water via the irrigation system. Worth noting is that a mere 20 gal/acre-inch of Hi-Cal for calcium replenishment is more cost-effective than gypsum, which requires huge amounts to achieve the same result.

Like most other treatments, Hi-Cal is not a permanent solution to low soil pH and aluminum toxicity, but it is highly effective at jumpstarting soil remediation so time isn’t lost waiting for the effects of lime. Using Hi-Cal is more than a mere stopgap measure; it’s a vast enhancement.

Surendra K. Mishra is Manager of Business Development at TETRA Technologies, Inc. He holds a doctorate in mineral process engineering from University of New South Wales in Australia, as well as 13 US patents. He has published numerous papers on calcium chloride, dust control, and industrial waste management.