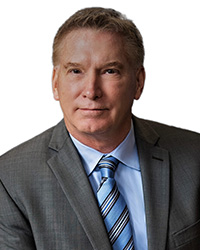 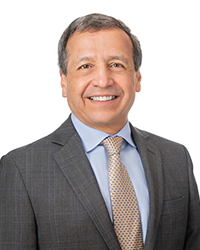 Senior Vice President and CFO
Elijio V. Serrano has served as our Senior Vice President and Chief Financial Officer since August 2012. Mr. Serrano served as Chief Financial Officer of UniversalPegasus International, a global project management, engineering and construction management company, from October 2009 through July 2012. Prior to his time with UniversalPegasus, he held numerous leadership positions at Paradigm BV, EGL, and Schlumberger. Mr. Serrano also served as Director, Chairman of the Audit Committee, and as a member of the Corporate Governance and Nominating Committee of Tesco Corporation until its acquisition by Nabors in December 2017. Elijio is a Director of Park Lawn Corporation, a Toronto-based publicly traded company, and is Chairman of Park Lawn’s Human Resources and Compensation Committee.

Mr. Serrano received his B.B.A. degree in Accounting and Finance from the University of Texas at El Paso. Mr. Serrano was a certified public accountant in the State of Texas from 1986 until March 2002, at which time his license became inactive. 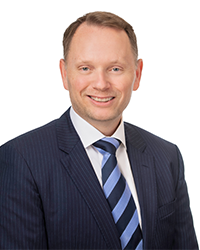 Executive Vice President and Chief Commercial Officer
Matthew J. Sanderson has served as our Executive Vice President and Chief Commercial Officer since September 2022. From December 2016 until September 2022, he served as our Senior Vice President responsible for our Water and Flowback Services division and our global Completion Fluids and Products division. Prior to joining TETRA, Mr. Sanderson spent over 19 years working at Schlumberger in various operational and functional leadership roles in North America and internationally.

He earned a Bachelor of Applied Science in Civil Engineering (Environmental Option) from Queen’s University in Kingston, Canada and a Master’s of Science in Oil and Gas Industry Management from Heriot-Watt University in Edinburgh, Scotland. 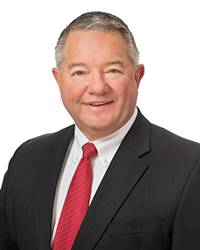 Senior Vice President – Global Supply Chain and Chemicals
Tim Moeller has served as Senior Vice President of Global Supply Chain and Chemicals since April 2020 and served as Vice President and Chief Procurement Officer since April 2018. Prior to joining TETRA, Mr. Moeller served as COO of Melior Innovations and CEO of TessaFrac, private companies focused on the development and commercialization of innovative next generation materials solutions, which have broad application across multiple industries including Oil & Gas, Industrial Coatings, and Wide Band Gap Electronics from September 2012 to March 2018. Mr. Moeller also serves on the board of directors as Chairman for Alchemy Sciences (a Melior Innovations company) since October 2016. He also held numerous Supply Chain positions at Halliburton including Vice President & Chief Procurement Officer, where he was responsible for the global expansion of the company’s supply chain footprint into key emerging locations such as China, India, and Latin America.

Mr. Moeller received a bachelor’s degree in business management from Texas A&M University. Outside of the work place, Tim has volunteered as a member of the Board of Directors for The Houston Minority Supplier Development Council, his Homeowner’s Association Boards, and Montgomery County’s Development Improvement Committee. 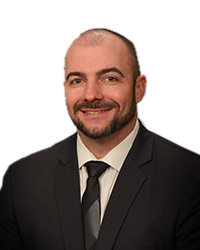 Mr. McNiven earned a Bachelor of Business Administration degree, as well as an Executive MBA, from Athabasca University in Canada. 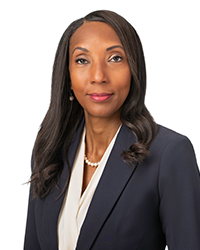 General Counsel & Chief Compliance Officer
Alicia P. Boston has served as our General Counsel since August 2021 and has served as our Chief Compliance Officer since August 2020. Ms. Boston leads the global legal and compliance functions for our domestic and international operations and has oversight of all aspects of legal affairs, compliance and ethics. She has 25 years of combined legal experience in corporate law, contracts, strategic commercial transactions and managing litigation. From July 2009 to August 2021, she served in various in-house counsel roles in our legal department, including as assistant general counsel where she managed a broad range of legal matters with increasing responsibility. Prior to joining TETRA, Ms. Boston practiced law at private law firms in corporate and securities roles, including at Jackson Walker LLP (an Am Law 200 law firm) and other private law firms. In addition, Ms. Boston has also worked as in-house corporate legal counsel at TOTAL Petrochemicals USA, a corporate subsidiary of publicly-traded TOTAL S.A.

Ms. Boston holds a Juris Doctor with honors from Texas Southern University and BBA in International Business from The University of Texas at Austin. She has been a member of the State Bar of Texas since 1997. 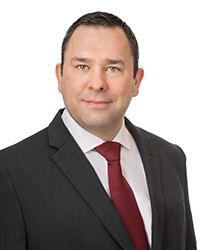 Vice President – Finance, Global Controller, and Assistant Treasurer
Richard O’Brien has served as our Vice President of Finance and Global Controller since March 25, 2019 and as Assistant Treasurer since May 3, 2019. Mr. O’Brien served in several senior finance positions with increasing responsibilities with BHP Petroleum from October 2002 until he joined TETRA. He served as Head of Separation of BHP’s shale business from June 2018 until March 2019 and prior to that as Head of Finance from July 2014 until May 2018. He also served as Operations Accounting Controller from December 2012 until July 2014. 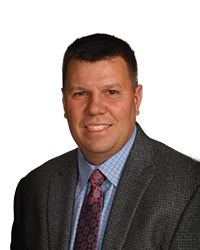 Mr. Mucha received his B.A. degree in Economics from Washington and Lee University and his Master of Business Administration from the University of Texas at Austin, McCombs School of Business.

Sign up and get news on the latest TETRA innovations